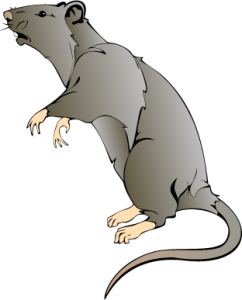 The teeth of a rat are designed so the top two front teeth go behind the bottom two, at just the right angle to produce self-sharpening teeth.

Engineers at General Electric wanted to design a self-sharpening saw blade in order to obtain exactly the right angel in relation to the metal it is cutting; so they studied the teeth of a rat. They found there was no other way it could be done as efficiently. As it slices through the metal, small pieces of the new blade are cut away by the metal, thus always keeping the blade sharp.

Who designed those teeth?

The Synergy of our Senses

Why do you have odor-detecting cells in your nose? ‘

Why can you taste with your tongue? Why does food have built-in flavors? The food and your tongue were designed for one another!
Why do you have semi-circular canals in your ears, sending signals to your brain, so you can stand without falling over?